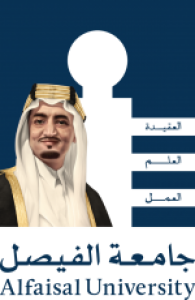 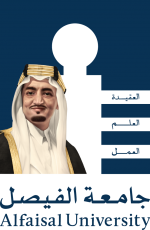 Despite its relative youth, Alfaisal University, one of the fruits of King Faisal Foundation, has achieved a first-rate growth, secured academic accreditations, and so much more. The University is ranked second among Saudi and Arab universities according to the World University Rankings by Times Higher Education in 2021. The College of Medicine is first among the medical colleges in the Kingdom. These accomplishments coincide with the 13 year anniversary of the University, where it celebrates its great achievements which were inspired by the vision and foresight of its wise leadership; committed to building future generations of youth and citizens of the country and the world; and providing the labor market with quality candidates to meet the needs of the Kingdom in accordance with “Vision 2030”. Alfaisal is a non-profit university with five colleges: Medicine, Pharmacy, Business Administration, Engineering and Science. It is a student-centered and research-focused university. It maintains agreements and partnerships with prestigious universities and international research organizations from around the region and the world. Alfaisal’s students and professors publish outstanding scientific research in many international scientific journals and periodicals and are often cited by other papers. Moreover, they register several patents in the name of the University. Students can look forward to promising careers as the University maintains the highest employment rates for its graduates. Alfaisal University has gladly become an advisory center and clearing house, undertaking studies and research. This is funded by contributions from many sources, and fulfils the University’s mission to serve the community. Alfaisal is dedicated to helping students to solidify their identity and cultivate their personality by encouraging them to organize and participate in professional conferences, launch events and initiatives that contribute to raising the level of community awareness, and develop their entrepreneurship and volunteer work among fellow students and the larger community. Our commitment to excellence in all facets of the University declares that education is the basis for human development and the advancement of nations, and the University will continue, God willing, in this path of excellence unwaveringly. King Faisal once said, when asked what he envisioned for the future: “I hope that the Kingdom of Saudi Arabia, 50 years from now, will be a source of knowledge for humanity.”

10x of those registered at the start 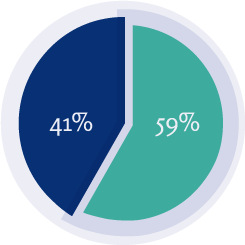 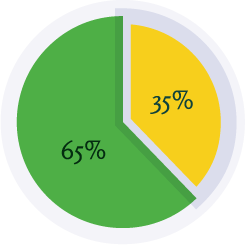 Scholarships from private and governmental institutions 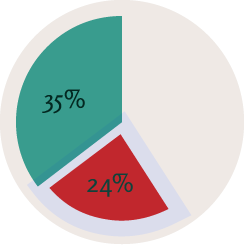 1st
graduation ceremony in Engineering, Business, and MBA held in 2012

According to the Times Higher Education (THE) World University rankings Alfaisal University obtained the following rankings in 2020-2021:

In their rankings for “Young Universities” (under 50 years old), Alfaisal University ranked: 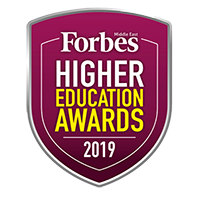 Research, innovation & commercialization is at the core of Alfaisal University with generous funding and state-of-the-art labs with the most advanced techniques and methods employed to enhance the ability to produce high quality and multi-disciplinary research papers that are published by faculty and students in highly reputable journals.

Alfaisal University students enjoy a rich college experience thanks to oriented associations, committees and engaging community service. With bodies such as the Social & Development Committee (SDC), Community & Service Committee (CAS), as well as the Medical Student Association (MSA), the Engineering Student Association (ESA), the Business Student Association (BSA), and the Science Student Association (SSA), which are all committed to giving back to the community, students get the chance to organize, fuel, and partake in major social events. Among these are the Annual Blood Drive held on campus by (CAS), in collaboration with King Faisal Specialist Hospital, and Culture Day by (SDC), where students gather and represent their diverse cultures and traditions.

Students are also encouraged to interact with diverse clubs that offer various experiences to enrich their student life. In addition to that, they are also presented opportunities to participate in national and international conventions such as Tedx 2016; Power of Inspiration which inspired thousands of our students.

Located within our campus and with a strong affiliation to the university, Alfaisal University Preparatory Program (AUPP) was launched in 2007 as an initiative of the King Faisal Foundation, and was later merged with Alfaisal University in order for it to expand while maintaining the highest academic standards. The AUPP represents one of the leading preparatory programs in the region. Our graduates are fully prepared for admission to the most challenging undergraduate programs in the world in the fields of engineering, sciences, business, medicine and pharmacy. With English as the language of instruction, the AUPP offers foundational courses in Physics, Chemistry, Biology, Biochemistry, Mathematics, English, Business, and Entrepreneurship. We also provide skills development in communication, leadership, time management, and critical thinking, with special attention given to students when necessary to help them give their full potential in standardized tests. In the AUPP, we train the students in a stimulating academic environment, in the areas of English and Sciences, to become life-long learners, critical thinkers, and problem solvers able to succeed in competitive institutions of higher learning. AUPP students receive tailored programs for the career they hope to pursue, and AUPP graduates discover they have received a head start on their academic and professional careers.

Over the last 5 years:

There have been many success stories about uniquely talented and innovative students and alumni at Alfaisal who have excelled in different fields and made remarkable accomplishments nationally and internationally. This section presents some of these stories.

> click on students’ icons to read about others success stories

She won the 1st prize in the poster presentation competition at the 14th King Fahad Medical City Annual Research Symposium in 2019 for her research “ROCK Inhibitor Responses: Are They Linked to Genetic Alterations in Cancer?” from her SPIRIT 2019 program at Barts Cancer Institute

Their team won 3rd place in the Homathon competition held by The Saudi Federation for Cyber Security and Programming (SAFCSP) by introducing their “Raqeeb” project. 2020

Their team participated in the Ministry of Interior’s “Absherthon Challenge” in 2020, among 10,000 participants, to propose new technologies. Their innovative solution “Connected Car Plates” qualified among the top 10 projects in the semi-final round.

He was awarded among the top 100 Healthcare Leaders in 2019 by the International Forum on Advancements in Healthcare (IFAH) in Dubai, UAE

They won the 2nd Award at the “State of Art Pediatric International Conference” at King Fahd Cultural Center in 2012 during an undergraduate research session on “Improving Breastfeeding in Saudi Arabia: The Baby Friendly Hospital Initiative”

They won the 3rd Award at the “State of Art Pediatric International Conference” at King Fahd Cultural Center in 2012 during an undergraduate research session on “Timeliness of Care for Pediatric Patients in DEM at KFSHRC”.

They participated in the Cureus Poster Competition in 2012, winning the People’s Choice Award for their poster “Improving Breastfeeding in Saudi Arabia: The Baby-Friendly Hospital Initiative”

He was awarded the 1st Prize at the Gulf Competitive Forum in 2012 for heading one of the “100 Fastest Growing Companies in Saudi Arabia”; his company S-me, established in 2009, as a mobile social network service using SMS

Co-founded in 2011 the 1st company specialized in Talent Management in Saudi Arabia, TIME, which became the official agency for more than 25 celebrities in the region

They founded in 2012 the Community & Service Club, which initiated the blood donation campaign, the winter clothes campaign, and some awareness workshops and guest lecture series; complementing students’ extra-curricular development

They published in 2015 their first chapter entitled: “Medical Curriculum: Students’ Perspective” in the recently published book “Health and Disease: Curriculum for the 21st Century Medical Students”

They were selected by Boeing to participate in Boeing Innovation Summit “What’s next?” in Yas Viceroy, Abu Dhabi in 2014

She participated in the 10th Bahrain University Model United Nations in 2014; won the 2nd and 3rd place in Alfaisal University’s 5th Annual Research Poster Competition in 2014

She presented a paper at “The Society for the Advancement of Socio-Economics Annual Conference” in 2016 at the University of California, Berkeley, which was accepted after a competitive review process, praised by many scientists and considered one of the best papers presented

She won the 4th best poster presenter award for her research about Gene Sequencing and Genome at the 2018 Health Professions Conference at King Saud University for Health Sciences, making her the 1st Alfaisal student to win at this annual conference

They published a chapter in “Advances in Health and Disease” book (Editor Lowell T. Duncan); “Health in the Arab World: A Comprehensive Overview” in 2018

She was the 1st graduate from the Clinical Embryology and Reproductive Biology Master program. She was interviewed by Rotana Khalijiah Channel, where she discussed infertility treatment and the role of embryologists in 2018

23 Students of Operations and Project Management College of Business

She won 1st prize at the first Carting Competition for Females in Saudi Arabia in August 2018; and won at the “Time Attack” Competition in Riyadh in 2018

The 1st Saudi team of Engineering Students to participate in the Formula Student Competition in Silverstone, UK; and win the RaceTechmag Spirit Award in 2017

She got a 12-week internship at MIT’s reputable Computer Science and Artificial Intelligence Lab (MIT – CSAIL) and was involved in the WiTrack project under the supervision of MIT’s Wireless Center Director and the 2013 MacArthur “Genius” Fellow. WiTrack was one of the very few projects selected for the August 2015 White House Demo Day hosted by President Obama

He was awarded the career opportunity in Formula One by Infiniti announcing him as one of the winners at the Infiniti Performance Engineering Academy 2015, among 7 other finalists and thousands of registered students

Prince Sultan College of Business is a non-profit private institution (operating under the umbrella of Alfaisal University) belonging to the King Faisal Foundation and operated under the auspices of the Education Ministry in Saudi Arabia. The success of PS-COB has been due to the rapid growth of Saudi youth population, the rising demand for higher education, capacity limitations at public universities, and the importance of tourism, hospitality and business organizations to the economy. The college aspires to be Saudi Arabia’s most recognized its unique fields through the provision of quality undergraduate and MBA academic programs. 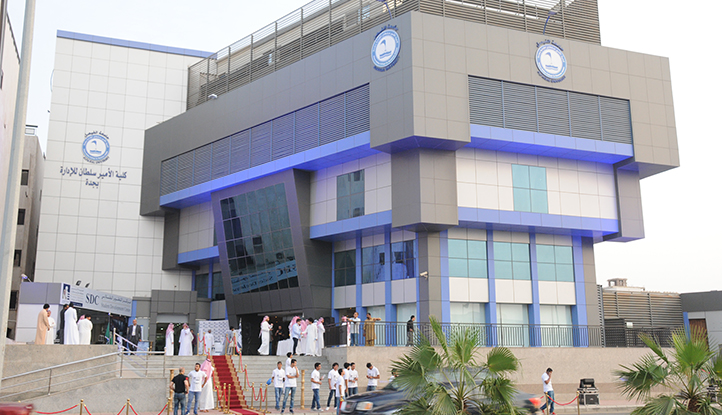