This is a summary page about the King Faisal Center for Research and Islamic Studies (KFCRIS) by the King Faisal Foundation. For the latest and most detailed information, please visit the official website of the KFCRIS (kfcris.com/en)

Since its establishment in 1983/1403AH, the King Faisal Center for Research and Islamic Studies (KFCRIS) has undertaken a variety of missions aligned with the King Faisal Foundation’s vision “To Serve Islam and People of Peace.” The Center upholds the mission of the late King Faisal (may God have mercy on him) to transmit knowledge between the Kingdom of Saudi Arabia and the rest of the world, serving as a leading academic, intellectual and cultural hub. The Center’s main role is to provide a knowledge platform, bringing together local, regional, and global researchers and research organizations to produce original research in the humanities and social sciences and engage in intellectual discussion and intercultural dialogue. Moreover, its activities are not limited to research, but the Center fulfills diverse roles such as a publishing house, library, archives, and museum.

To be a wellspring of academic, intellectual, and cultural knowledge for humanity

To enrich the local and global academic and cultural scenes with original research, excellent resources, and unique experiences 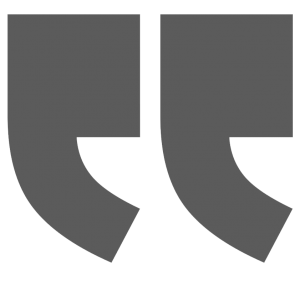 King Faisal’s devotion to serving Islam and its civilizational heritage was a hallmark of his life. The King Faisal Center for Research and Islamic Studies (KFCRIS) was established out of deep respect for the principles of our father and with the aim of serving the culture and knowledge of Islam. The early Muslims achieved great scientific advancement, demonstrated high technical capabilities, harnessed technologies, and implemented innovative methods and arrangements in fields such as literature, philosophy, architecture, art, music, and the sciences. The establishment of the KFCRIS represents an important link connecting contemporary generations to their ancestors’ unprecedented civilizational achievements, familiarizing new generations with the legacy of the past and making them fully appreciate their own cultural identity. The Prophet Muhammad (peace be upon him) called on all Muslims to strive for the sake of knowledge, saying: “Seeking knowledge is an obligation upon every Muslim.” We aim, through the Center’s library, its rare manuscripts, exhibitions, and lectures, at providing young generations with ways to acquire knowledge. The Center is proud of the role it plays in preserving Islamic heritage, raising awareness of it, and encouraging researchers to persist in treading the path of disseminating knowledge paved by their ancestors in the age of the Islamic Renaissance. The Center is a pulpit proclaiming the greatness of Arab-Islamic culture. If the Center, through its role, can stimulate and encourage seekers of knowledge to persevere and further exert themselves, and if it can succeed in disseminating knowledge to ever greater numbers of people, it will have achieved its desired goal.

IN THE WORDS OF PRINCE TURKI ALFAISAL 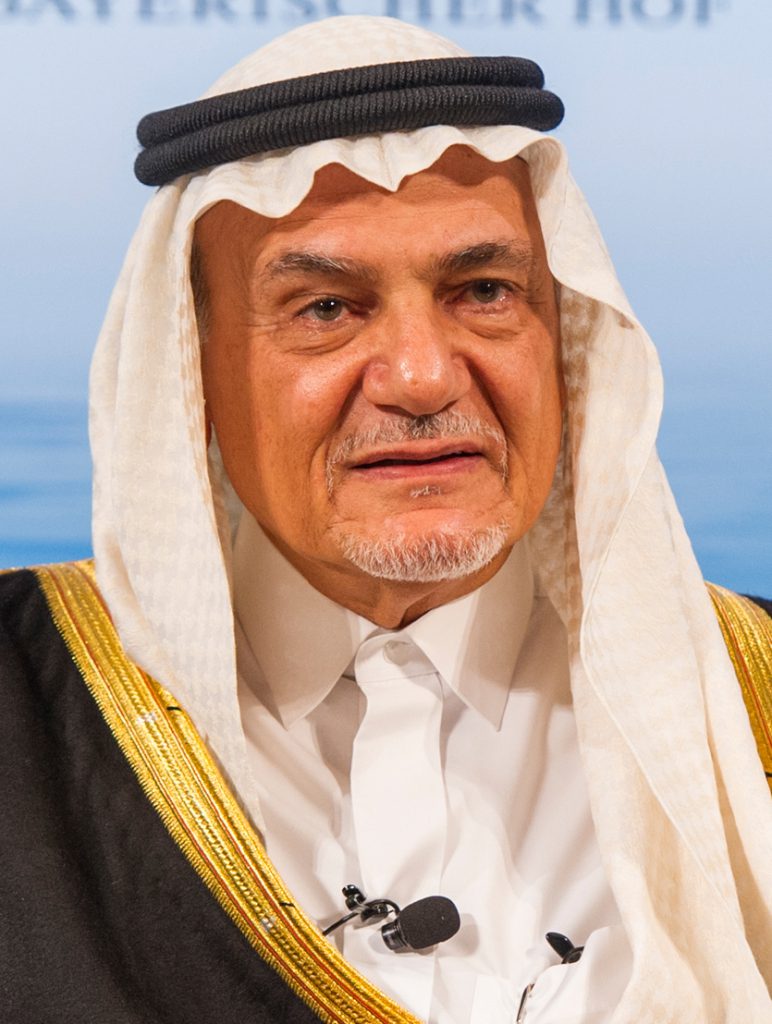 King Faisal’s devotion to Islam and its traditions were hallmarks of his life. King Faisal Center for Research and Islamic Studies was born out of respect for our father’s strong beliefs, and the significance we attach to Islamic culture and learning. Early Muslims were acclaimed for their advanced scholarship and sophisticated artistic abilities. They mastered techniques and innovated methods in an outstanding range of disciplines, including literature, philosophy, architecture, art, music, and sciences. Islam inspired a sense of unity and purpose, unleashing collective and individual creativity, as well as a thirst for knowledge. Today we are blessed with the rich fruits of these talents and intellectual journeys. The Prophet Muhammad (PBUH) extolled his followers to read and learn: “The seeking of knowledge is incumbent upon all Muslims.” Through our libraries, rare manuscripts, exhibitions, and lectures, we seek to provide paths along which succeeding generations can claim the legacy of learning. King Faisal Center for Research and Islamic Studies takes pride in preserving and promoting Islamic heritage and in encouraging research so that these traditions can continue. The Center is a forum for the eloquent statement of Arab-Islamic culture. If, as a result, scholars are influenced and inspired, and if valuable knowledge comes to light and is imparted to a wide audience, our objectives will have been achieved.

IN THE WORDS OF PRINCE TURKI ALFAISAL

The Center works to enrich these different fields

At the end of 2021, the Center’s Research Department hosted

The Center’s Visiting Fellowship Program was established in 1999/2000 with the aim to help facilitate research projects of professional and doctoral scholars from both inside and outside the Kingdom.

Over the past two decades, the Center has accepted over 500 Visiting Fellows from more than 50 countries. 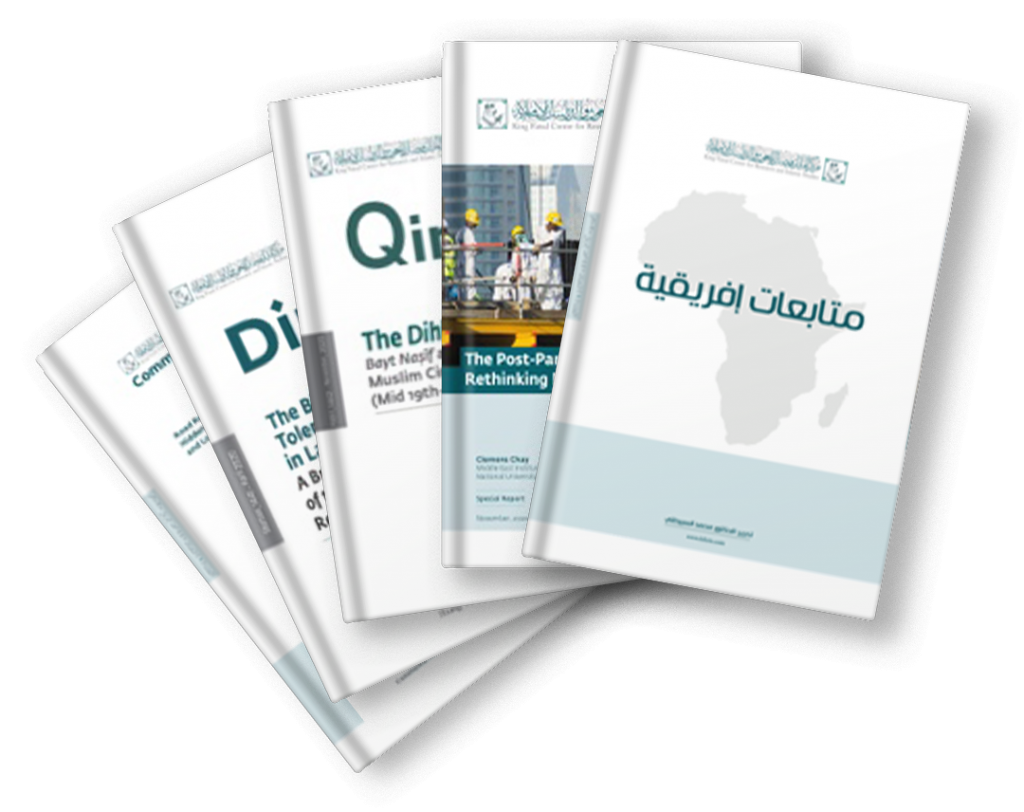 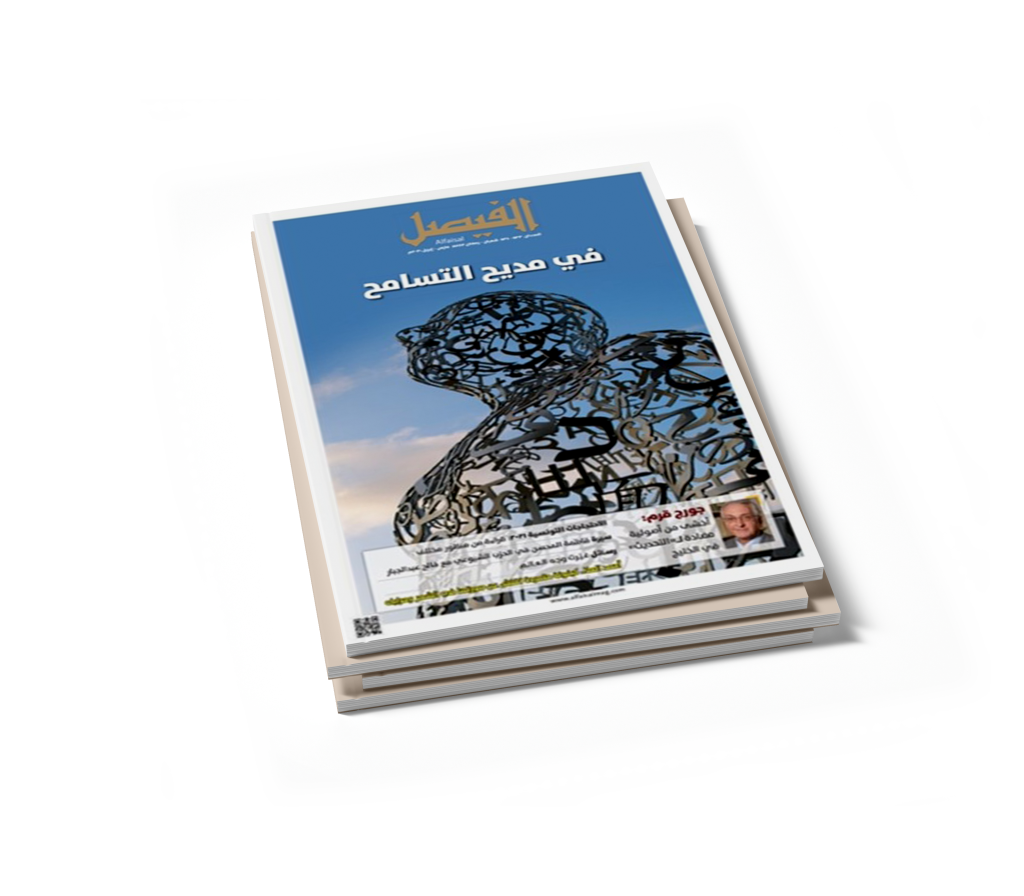 Since its establishment in 1985, the King Faisal Center Library has been considered one of the most important research-oriented libraries in the Kingdom of Saudi Arabia, being known for its valuable collections of resources in the field of humanities, most of which have been digitalized 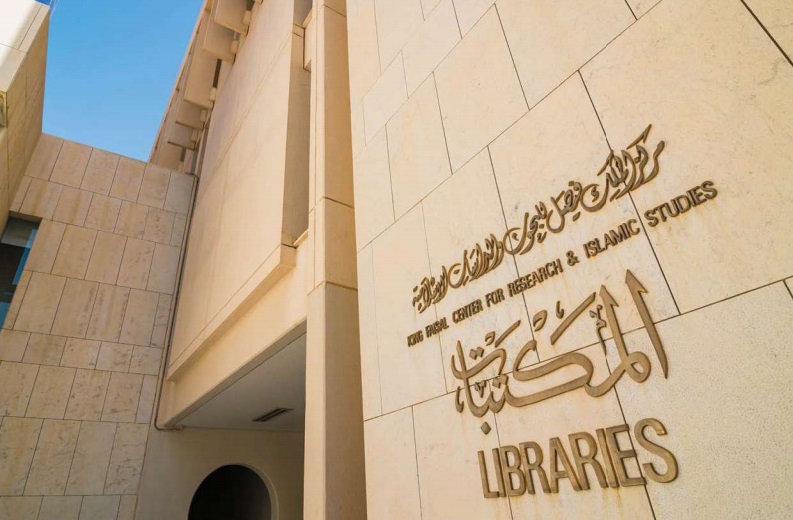 General Collections
Around 200,000 book titles; Around 5,000 periodicals; Around 30,000 university theses; Around 20,000 audiovisual materials
Special Collections
Over 28,500 titles of original manuscripts; Over 140,000 titles of photographed manuscripts, including over 15,000 copies obtained from British Library & over 8,000 copies obtained from National Library of France
Learn more about King Faisal Center Library

Faisal Family Archives (Dārat Āl Faiṣal) was founded in 2011 as an official source and provider of information about the history of late King Faisal and his family, which represents an integral part of the history of the Kingdom of Saudi Arabia. To achieve this goal, the entity aims to collect all materials related to late King Faisal and his family, ranging from documents and print materials to photographs and audiovisual materials, both inside and outside the Kingdom. It also preserves their speeches, interviews, and press conferences, made at different stages of their life and their journeys serving Islam and the nation.
Learn more about Faisal Family Archives 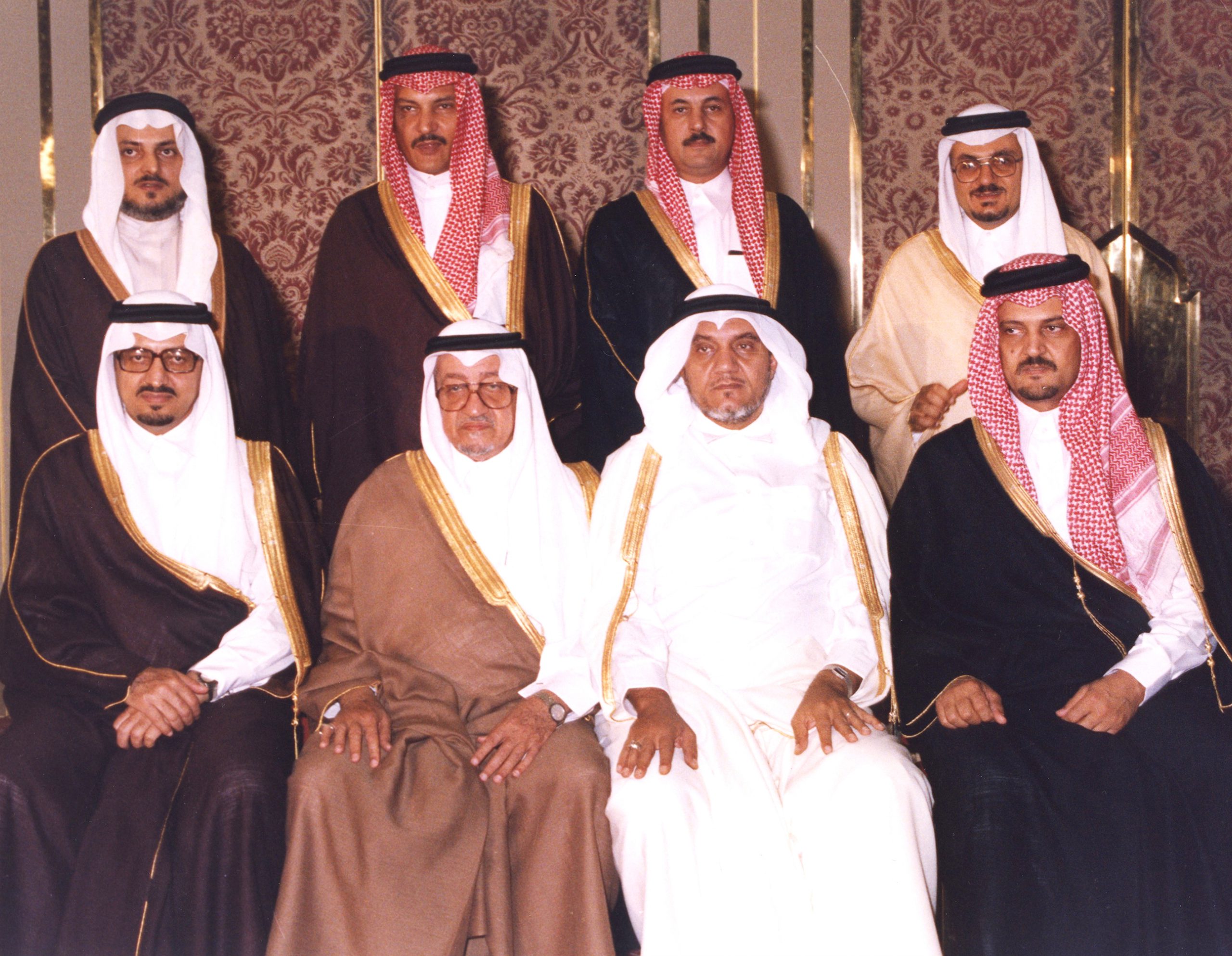 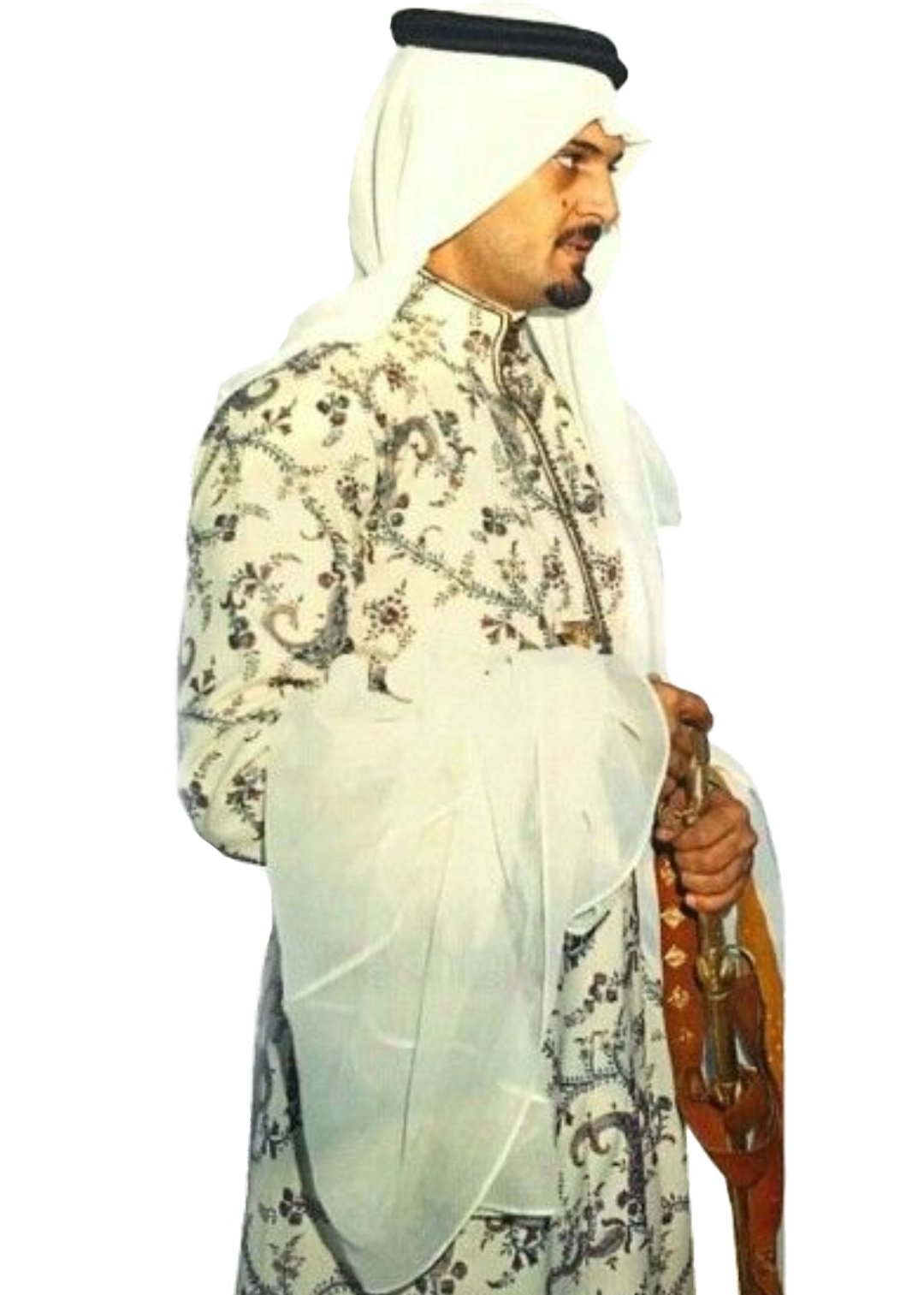 The Archives also helps KFCRIS produce audiovisual contents focused on King Faisal and his family. A recent example is a 4-hour documentary on late Prince Saud AlFaisal (1940–2015), the Saudi Kingdom’s Foreign Minister between 1975 and 2015, which was aired by MBC in 2019. It reveals the life of late Prince Saud through interviews with around 40 individuals who know Prince very well, such as his brothers and sisters, sons and daughters, close friends, colleagues, and diplomatic counterparts including James Baker, Amr Moussa, Nabil Elaraby, Amine Gemayel, and Salam Fayyad, as well as many incumbent and previous foreign ministers of other GCC states and the Secretary-Generals of the GCC.

Al-Faisal Museum for Arab-Islamic Art showcases collections owned and preserved by KFCRIS. The Museum preserves human heritage and enriches academic and cultural scenes by providing its visitors with a space and resources to find inspiration, delve into the past, and broaden their horizons, as well as encouraging a dialogue between scholars, intellectuals, artists, designers, and anyone with an inquisitive mind.

The Permanent Gallery on the 1st floor displays the collection of Arab-Islamic arts preserved by the KFCRIS under the title “A Narrative of Arab-Islamic Civilization.” The gallery was renovated and reopened in February 2022.

The exhibition provides visitors with a unique cultural experience by showcasing 36 rare old manuscripts preserved by KFCRIS, which are carefully chosen from the Center’s collection of more than 28,500 manuscripts. The exhibition runs until February 2023.

This exhibition, which was held at the Al-Faisal Museum between February 2019 and January 2021, is now viewable online. It displays 60 items of the different types of decorated manuscripts preserved by KFCRIS.
Visit online (presented by ChameleonTour.com)

The Permanent Gallery on the 1st floor displays the collection of Arab-Islamic arts preserved by the KFCRIS under the title “A Narrative of Arab-Islamic Civilization.” The gallery was renovated and reopened in February 2022.

The exhibition provides visitors with a unique cultural experience by showcasing 36 rare old manuscripts preserved by KFCRIS, which are carefully chosen from the Center’s collection of more than 28,500 manuscripts. The exhibition runs until February 2023.

This exhibition, which was held at the Al-Faisal Museum between February 2019 and January 2021, is now viewable online. It displays 60 items of the different types of decorated manuscripts preserved by KFCRIS.
Visit online (presented by ChameleonTour.com)

650+ research events (lectures, panel discussions, seminars, workshops, conferences etc.) have been hosted by KFCRIS between 1986 and 2021, which were delivered and attended by distinguished people from the Kingdom and the world.

Examples of the important research events

“The History of Palestine” - Thomas Thompson

“The Second Obama Term in the Middle East” - Joseph Kéchichian

Videos of the Previous Events
The Latest Events

The King Faisal Center for Research and Islamic Studies (KFCRIS) cooperated for the making of a well-known movie “Born a King” (Arabic: Wulida Malikan). This film, co-produced by Celtic Films and Arena Audiovisual and was released in 2019, illuminates young Prince Faisal’s diplomatic mission to London in 1919 where he met the key figures of the British Empire, such as Winston Churchill and Lord Curzon, as well as King George V, on behalf of his father Abdulaziz, then-Emir of Najd, when he was only 13 years old. The film was screened at VOX Cinemas in Saudi Arabia, as well as in other countries in the Gulf region, becoming a cornerstone in the emerging Saudi entertainment field following the lift of the ban on commercial theatres after four decades in the previous year. The filming for this movie took place both in the UK and Saudi Arabia (Dir’iyah). In Saudi Arabia, the KFCRIS assisted the production team in multiple ways. It helped the team in contacting and working with the authorities and facilitated the issuance of visas. It also advised the team on the designs of historic costumes appearing in the film. Finally, it organized a premiere and a press conference prior to its commercial release in the Kingdom, which was attended by HRH Prince Turki AlFaisal, Chairman of the Board of Directors of the KFCRIS. The KFCRIS considers the movie as conducive to its mission to preserve, and increase awareness of, the legacies of late King Faisal. 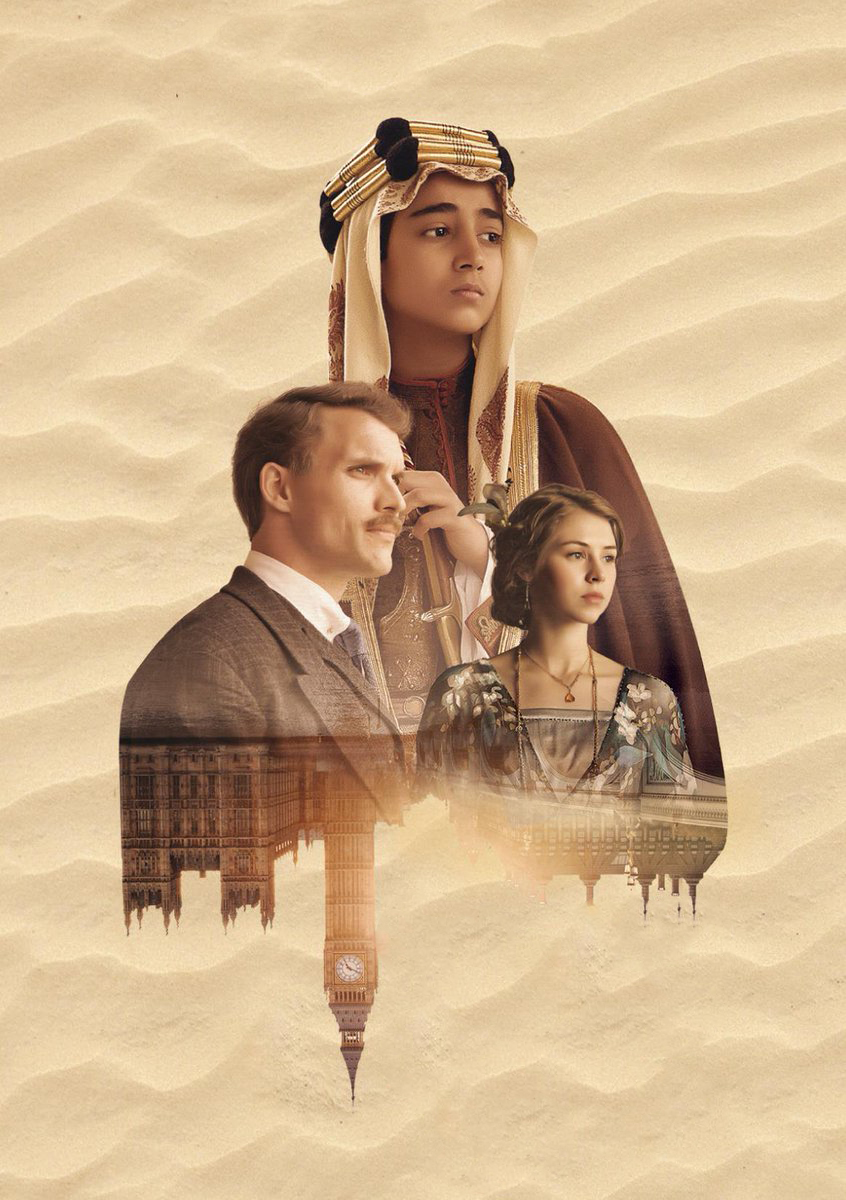 This is a summary page about the King Faisal Center for Research and Islamic Studies (KFCRIS) by the King Faisal Foundation. For the latest and most detailed information, please visit the official website of the KFCRIS (kfcris.com/en)